David Arkwright the First Manager Economic Development with the Murray Shire was invited to speak with us about the new developments starting in the Shire with close liaison with Mandurah City Council. David was previously with the Peel Development Commission. 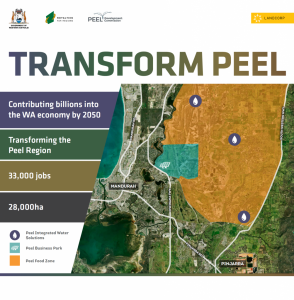 Only in the morning a Memorandum of Understanding was signed by the two Mayors with the predicted increase of population to 440,000 by 2050 75,000 new local jobs will be needed.
A total of $130 million has been signed in the last 3-4 months for the joint development projects, after problems between the councils in the past.
Much is being achieved in Dwellingup to make it an International hub for skate boarding, a pump park and particularly mountain bike trails.
A new heavy haulage deviation so desperately needed around Pinjarra is in the pipeline.
With Jandakot airport at breaking point, Murrayfield is being looked at to be upgraded for pilot training.
It is also possible electric motor aircraft will soon be used, which will reduce the noise level dramatically.
A new BOSS resources project is to use a figure of eight electric 100 kph driverless rail, all new technology.
A new Mandurah–Murray Data Network is recording all water and land data in the area, linking up with 100 scientists.
The Agri-Innovation precinct has started along Lakes Road with a multitude of projects forecast, the earth works being underway now. There will be employment for University researchers, scientists and for local people particularly in the food industry. All sustainable, hi-tech and innovative. 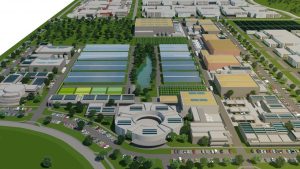 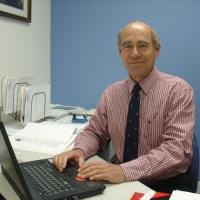