A full house on Tuesday 21 November heard Rory O’Brien tell us about some of the many white explorers who opened up Africa from the late 1700s to the end of the 1800s.

Rory started with Mungo Park who was born in 1771 and made two expeditions to Africa, being the first westerner to have travelled to the Niger River. In between the two expeditions, he wrote a book about his exploration, but unfortunately he died on the second expedition, in 1806, together with all except one of his party. 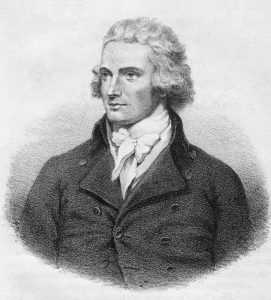 The description of Mungo Park’s expeditions was enhanced by a description by Diane Oldman of her ancestor James Albone, a carpenter, who was offered a place on the second expedition as an alternative to transportation to Australia; unfortunately he was among those who died on the expedition.

Rory’s next explorer was William Burchell. He was born in Fulham, and after a stint on St. Helena he sailed for the Cape of Good Hope in 1810, to explore and add to his botanical collection. He travelled in South Africa from 1811 – 1815, collecting botanical specimens; he wrote two books about his explorations. Unfortunately he committed suicide in 1863; he has many species named after him, including Burchells Zebra.

The third explorer was Sir William Cornwallis Harris, who was born in 1807. He was made a 2nd Lieutenant in the East India Company at the age of 16 and spent 13 years in India. He then went to Cape Town in 1836 to recover from fever from where he travelled to the Western Transvaal.

Harris was a painter and sketcher and could be considered an early Victorian “gentleman traveller”, and a ruthless hunter. He was knighted in 1844 and died in Poona (India) of fever in 1848 at the age of 41.

Harris was followed by the one everybody has heard of, David Livingstone. Livingstone was born in 1813in Scotland, and came from a strict Protestant family; he started work in a cotton mill at the age of 10. He qualified first as a minister and then in 1840 as a physician. His first expedition for the London Missionary Society was designed to convert the Africans to Christianity but he only managed to convert one. Among his many achievements from four expeditions, he was mauled by a lion, which permanently damaged his shoulder; he mapped the Zambezi River, and discovered and named the Victoria Falls after Queen Victoria.

Livingstone wrote a book on his Zambezi Expedition; Queen Victoria appointed him Consul with a “roving commission” to Mozambique. In his expedition to find the source of the Nile, he was “lost”, and Henry Morton Stanley was sent out to find him. They did meet though the famous quote “Dr. Livingstone, I presume?” is probably apocryphal. Together they discovered Lake Tanganyika in 1871.

Livingstone died in 1873 at the age of 60 in what is now Zambia, of malaria and dysentery, and is buried in Westminster Abbey.

Then we heard about William Cotton Oswell. He was born in Leytonstone in 1818, another explorer who first spent time in the East India Company before going to southern Africa for his health. He went with Livingstone to the Zambezi, before returning to England in 1853. He followed this with a stint as a medical officer in the Crimean War. Livingstone regarded Oswell as having had “lucky escapes”, as he was tossed by a rhino on two occasions.

Next was Roualeyn George Gordon-Cumming, whom Livingstone considered a “mad sort of Scotchman”. Gordon-Cumming was an avid hunter and wrote a book about his five years hunting game in Africa.

Then came Samuel Baker. He lived in Mauritius and Ceylon with his wife Henrietta with whom he had seven children. After the death of Henrietta he went to a slave market, where he managed to run away with a white slave girl, Florence. They eventually became lovers and then married in 1855.

They made an expedition to the source of the Nile in 1861, and in 1866 Baker was knighted. But despite Baker having also named Lake Albert after Prince Albert, Florence was not invited to the ceremony, as Queen Victoria refused to meet her as the two “had been intimate” before marriage. 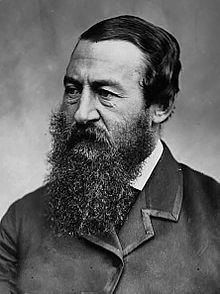 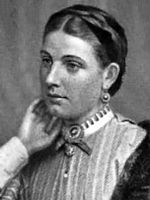 Baker made another expedition to Africa in 1869 in an effort to suppress the slave trade. He died in Devon in 1893 and Bakers Falls in what is now Sri Lanka are named after him.

Finally we heard about that other well-known explorer of Africa, Sir Henry Morton Stanley. Born illegitimate in Wales in 1841, he emigrated to the USA at the age of 18. He joined the Confederate Army in the American Civil War, then changed sides to the Union Army.

Stanley was sent to try and find Livingstone, in which task as we know he succeeded, finding Livingstone at Ujiji, near Lake Tanganyika.

Stanley was then approached by King Leopold II of Belgium to obtain land and political power for him in the Congo.

Back in England Stanley became MP for Lambeth North. He was knighted by Queen Victoria, and given the Grand Cordon of the Order of Leopold by King Leopold. He died in London in 1904 and is buried in Surry.

These seven explorers described were a very small subset of the total who explored Africa. They were adventurous, took big risks, and in many cases were lucky to survive. They had little idea of the hazards and diseases they would encounter, and were generally good writers and artists, able to write about and illustrate their experiences.

This was an excellent talk, thank you Rory. 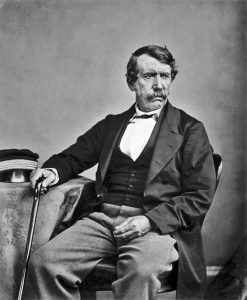 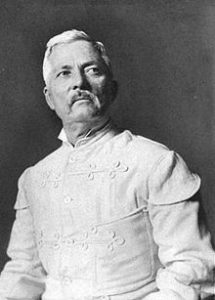