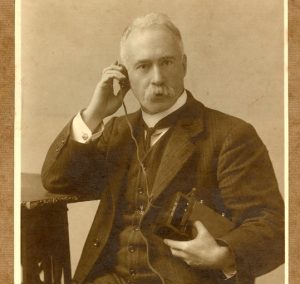 Henry Sutton with his portable receiver

Henry Sutton was born on the Victorian goldfields in Ballaarat (his parents having migrated there from England). As a young boy in 19th century England he took an intense interest in mechanics.

His parents started a music store in Ballaarat while Henry studied at the Ballaarat Mechanics Institute.  The store soon opened a branch in Melbourne.

Soon the family was selling musical instruments from this store in Melbourne. The family-run business prospered, which left Henry time to invent a remarkable variety of things, many of which were patented, developed and manufactured by others. A man of ideas rather than commerce, he never made a fortune but had the satisfaction of seeing his ideas being of benefit to the people of our world.

Sheila followed the tea interval with her dynamic and entertaining depictions of the almost countless places to visit when showing off our unique City of Mandurah to visiting family or friends from afar. 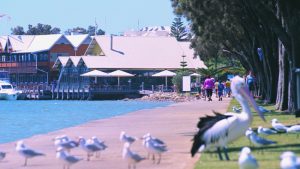 She showed us wetlands, safe swimming spots, children’s playgrounds. We looked at aerial views of our vast waterways, close-ups of local birds and night shots of Christmas lights along the canals. We were reminded to visit the Mandurah Community Museum close to the eastern end of our brand new bridge, and the Historical Society nearby.

Sheila had gone to the trouble to spread on a table, maps and brochures for members to take away. As she told us, hours of fun and relaxation can be enjoyed without spending big sums of money when in our beautiful coastal city. 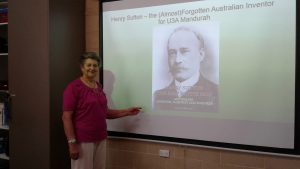 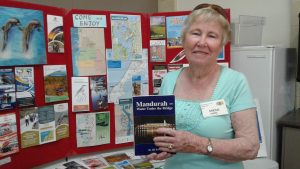