At the end of the Second World War, 1946-1947, Germany and Austria were divided up by the victors into four zones, Russian, British, American and French. The City of Berlin was a small shared zone located well inside the Russian zone. This was the beginning of the Cold War.

It did not take long for Russia to place controls over access, such as road and rail, by the other countries to their responsibilities in Berlin. The Russians permitted air access via three relatively narrow corridors and several other countries began to fly in supplies to Berlin. 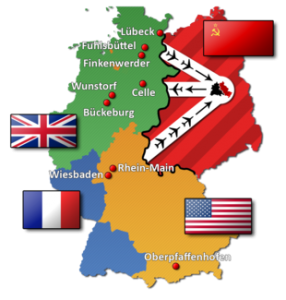 Nine different types of aircraft were used to move essential goods including food into Berlin. Millions of tons of cargo was flown into Berlin. This provided much needed post-war work for people outside Germany and also inside Germany.

By 1949, trade sanctions against the Russians resulted in a relaxation of the rail and road restrictions and the Berlin Airlift came to an end. 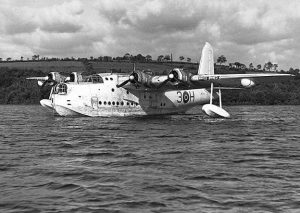