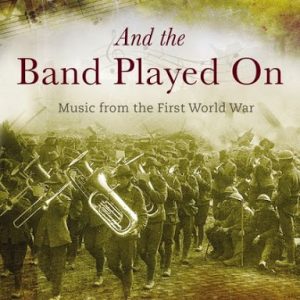 Jim’s presentation on 23rd November had us all singing the songs of World War 1.

Jim spoke of Australian life back in the first decade of the 20th century, when playing the piano, singing, performing or reciting poetry were all staples of family life.

When the men of this young nation marched off to war a typical call was: “Are you a singing man?” “Can you spin a funny yarn?”

Impromptu entertainments, sing-a-longs, storytelling and recitations were all part of a home spun repertoire that accompanied these men to war.

Jim also spoke of Australia’s political leaders who were eager to join the war, offering to transfer the newly formed Royal Australian Navy to the British Admiralty & an expeditionary force of 20,000 men to serve anywhere, for any objective.

As usual Jim attracted a capacity crown who all enjoyed his presentation. 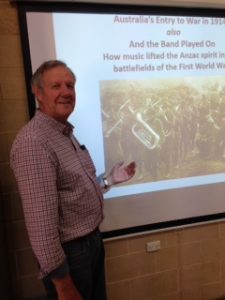