Yesterday’s Poetry session started with information on Beowulf, the oldest surviving long poem in Old English literature. Written sometime between the 8th and 11th century by an anonymous Anglo-Saxon poet referred to by scholars as the ‘Beowulf poet’. This was followed by the early life of William Wordsworth, his family including three brothers all who achieved well in their chosen professions, of John as a Lawyer, Richard who became Captain of the ship “The Earl of Abergavenny”, which unfortunately was ship wrecked and Richard was drowned. Youngest was Christopher, who rose to be Master of Trinity College Cambridge.  Their sister Dorothy was also a well-known poet and diarist besides being William’s best friend throughout his lifetime. 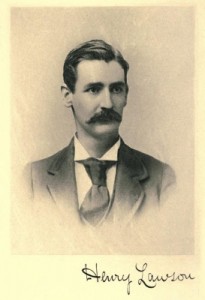 This informative session was again followed by member’s choices of poetry in many topics and countries, such as William Wordsworth’s  ‘The Solitary Reaper’ of bird songs in the Hebrides.  Several by A.B. Paterson were read, one of an unusual theme for him being “Roses”, memories of a young girl and the roses on her coffin. Another of Paterson’s was “A Bush Christening” a light-hearted tale of a boy from the bush, who related christening to being branded as they did to horses and cattle. One of Banjo’s poems chosen was the descriptive “The Melting of the Snow”. Several of Henry Lawson’s poems were selected, one was about Andy a tall freckled roustabout, typical outback stories of Australia.

Alfred Noyes ‘The Highwayman’ brought back many memories of poetry sessions during school years, as did William Wordsworth’s ‘Daffodils’ also topics of loyalty to friends, birds, ships, climate change, life’s experiences. “Wild Geese”
by Mary Oliver, extracts from the “Rubaiyat” of Omar Khayyam and ‘The Lady of Shalott” by Alfred, Lord Tennyson.

We were again entertained by our talented members with poems of their own such as “The Ruby Anniversary”, a story of 40 years of marriage celebrated with family and friends with the hope they’d all be together for their 50th Wedding celebration. Two others were “The Coffee Shop” and a sad tale concerning a friend being put into a nursing home by her family. We finished by discussing the evolution of poetry from Old English and Traditional to the shaped and free verse of today and how quite a lot of it often relates to our own way of life. 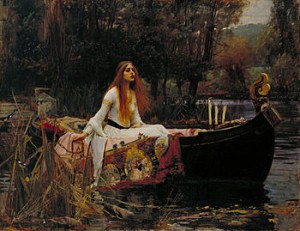 The Lady of Shalott by John W. Waterhouse