The speaker commenced by saying that he had no previous education in Philosophy but had been fascinated by the Greek Philosophers for many years and had been fortunate to travel to Greece on a few occasions. He commenced the talk by defining philosophy as the, ‘love of wisdom’ from the Greek word, ‘philosophia’. For most of their formative existence the Greeks relied on a complex array of Elder Gods (Titans based on Mount Olympus), Lesser Gods (immortals) and Heroes (mortals) to explain things unknown. By the year 600 bce a number of Pre-Socratic philosophers emerged owing to a settled era that afforded the Greeks the opportunity to think deeply on a broad range of subjects including astronomy, mathematics, cosmology, environment, politics, human relations and law.Over the period 500 to 400 bce, also known as the Golden Age, three of the most famous philosophers emerged; Socrates, Plato and Aristotle. Socrates was notable for his questioning approach which became the Socratic Method. Plato was convinced that some sort of Ideal Form existed in nature and that man should be able to rationalise such forms. Aristotle believed that wisdom would be achieved by observing the world around us.

In the final stage of Greek philosophy there were a few notable philosophers. They dealt with quality of life, letting go of the fear of death, being content with the basics of life and living in agreement with our environment.

The Greek philosophers were the first to consider religious concepts that have been passed down to us and are still prominent today; ‘heaven and hell’, ‘reincarnation’, ‘poverty and chastity’, ‘vegetarianism’, ‘happiness from virtue’, ‘evil from ignorance’, ‘the mortality of the body and immortality of the soul’. Aristotle made a few errors that have persisted to the present day; his acceptance of ‘slavery’ and his ‘negative views on women’. Some of these misconceptions were encapsulated in Islamic and Christian teachings and endure to the present day. 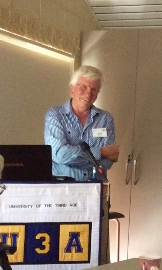