Joe served as an international specialist in emergency management for 23 years having been nominated in 1995 to serve on a team of multi-national professionals trained in disaster management for immediate deployment anywhere in the world within 24-48 hours (United Nations Disaster Assessment and Coordination Team (UNDAC)). In March 1995 Joe attended a two week training course in Lausanne, Switzerland. Each person was issued with equipment – a blue hat, drugs, flea powder etc.

The flea powder came to be very handy during his work in Afghanistan in June 1998 following an earthquake magnitude 6.0 which had struck in Rustaq, northern Afghanistan. 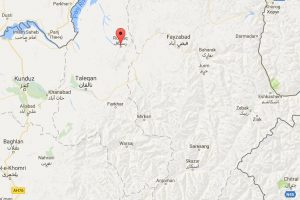 This mission was one of eight that Joe was involved in, and the one he chose to describe to us.

They were sent to Feyzabad flying over the Himalayas, landing on a very noisy metal runway which had been built by the Russians during their occupation of Afghanistan, and the Russians had heavily mined the airfield while there.. Afghanistan was then governed by the Taliban, and the UNDAC team were in the rebel area.

The team walked through areas to assess the situation:

4,400 people died
17,000 families were affected
16,000 houses were affected (the houses and roofs were mud brick, which meant the roofs dropped down and crushed the occupants). 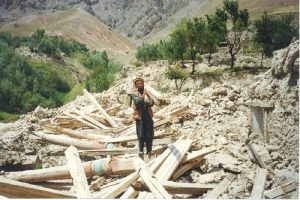 Helicopters and up to 600 donkey convoys were the early means of getting supplies across the ravines.

The agriculture was very basic. There had been huge pistachio plantations but they had been cut down for fuel during the Russian occupation. To make money, the villagers had taken to growing opium poppies.

Primitive satellite dishes were set up for phone calls and emails.

Ultimately, on completion of the project, Joe handed over this role to a Pakistani and said that once he had left the scene he was very aware of the tension leaving him. He felt he had used all his life experience on that project. 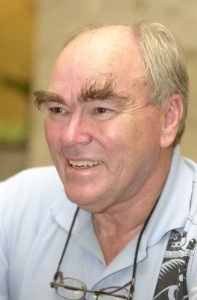