Christine’s presentation on the early settlers who set up our State’s government and legal systems was an eye-opener for those of us not born and bred in Western Australia. We were made aware of the challenges that confronted the talented men and women who contributed to the Swan River Colony’s emergence in 1829 to (some say) the premier state in less than 200 years of European history.

We heard about the politicians – Peter Broun, John Forrest, Walter James, James (Moo Cow) Mitchell, George Pearce, Philip Collier, John Curtin, and those of the legal profession – William Mackie, the Stone brothers and Archibald Burt; some excelled in both spheres. Alfred Stone was an ardent photographer who left a legacy of landmark scenes from around Perth. Forrest was known as an explorer before he became WA’s first Premier. Space prevents a summary of all those mentioned. But Christine’s favourite was John Michael Finnerty, Warden of the Goldfields during the first economic boom in our economy.

We must not forget the women who made their mark in times when, for women, it was ‘not meant to be easy’. WA’s Edith Cowan, first woman politician in Australia; Dorothy Tangney, first woman to win a Senate seat in Federal Parliament; Florence Oliver first female cabinet minister – and the first suspended from the WA Parliament!

There were some surprises – Edith Cowan’s father was hanged for murder! Some of us had never heard of George Foster Pearce who left school at 11 years old to become a carpenter and trade union leader in Perth, but aspired to represent WA in the Senate for 37 years including roles as Minister of Defence and Acting Prime Minister. 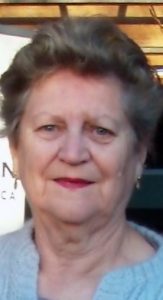