One is constantly amazed and delighted at U3A Mandurah; and so it was with the latest ‘Biographies” session when Rory O’Brien revealed his expertise in Archery. Not only did he regale his audience with pictures and knowledge of the bow down the ages, including the famous English long bow of the Middle Ages, but he brought us right up to date with the latest in highly technical modern bows, waving a sample around for extra effect. Australia it turned out is very competent with the bow. Simon Fairweather won an Olympic Gold in archery, while Roy himself it transpires has been firing arrows into the bullseye gold in WA down the years. A fascinating presentation.

In the same session David Smeeton completed his presentations on Women Explorers. Incredible ladies including Hester Stanhope, Gertrude Bell and FreyaStark who adventured in the Middle East; Isabella Bird one of the first to visit Japan and China; and Mary Kinglsey who dined with cannibals in West Africa. All women who made a particular impact opening up hitherto undiscovered peoples and parts of the world with their books and letters, contributing to the role of the British Empire in the 19th and 20th centuries, and it would seem being every bit as adventurous and courageous as the well known male explorers of their day. 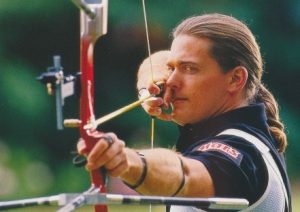 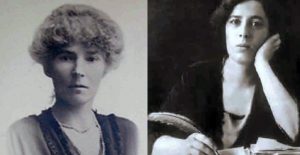