As usual this day was well attended by members quoting from their favourite poems or from talented people bringing along interesting poetry of their own creations.  These included well-crafted stories of coming to Australia as ‘ten pound Poms’ , the trauma & tragedy of Foot & Mouth disease in England, letters back to England after visiting W.A., wildflower areas, also of the Blain Brothers, English migrants settling in WA, and farmers who were later killed the Great War defending properties of other farmers in France.

Own choices covered so many topics I’ll try and limit these to the following: William Blake’s ‘Fire, fire burning bright’, anonymous poems on having twins in the family, ‘On Westminster Bridge’, Wordsworth’s poetry.   Poems on the following:  The arrest of Oscar Wilde, The seven ages of women, Cows of Norfolk Island, An  uncomfortable night of headaches, written in a similar vein to Gilbert & Sullivan, Dame Mary Gilmore.  A few poems on Australia such as Ballad to the damper or Visions of the Outback and an Ode to a beautiful sunset.   Poetry involving aborigines of sadness & separation,  The Never Neverland,  splendours of the outback, of pets, dogs, cats and horses. The college days of T.S.Elliott and later poems for his grandchildren.

An interesting poem on how golf makes a person glad to be alive, which led to other members opinion that poetry is what you can relate to in your childhood, how people cope with life after the death of a spouse or the tragedy of the Kelmscott fire. Another successful day with members looking forward  to more poetry days in 2016. 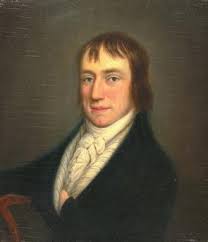