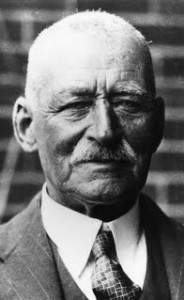 In 1906, Alfred Canning, a surveyor with the Western Australian Department of Lands and Surveys, was asked to find a way to connect the Kimberly region to the Kalgoorlie goldfields.  Other European explorers had visited the area, including an intrepid young British explorer, David Carnegie, who had tried in vain to create such a route just a few years before. The route runs from Wiluna to Halls Creek.

Carnegie’s recollections would have overwhelmed most seasoned explorers – but not Canning.  Perhaps perfectly experienced to complete the job, because just a few years prior he had surveyed the route for a rabbit-proof fence. The Canning Stock route was created to bring cattle from the Kimberley region of northern Western Australia to the markets in the south and is 1800 kilometres long crossing four deserts in one of the most inhospitable environments on earth.

Canning set out from near Cue on a journey of about 2000 kilometres to survey a suitable stock route that would have ready availability of water by way of a series of wells.  These wells, which tapped underground water springs, were the life-blood of the track which crosses deserts and salt pans in one of the driest parts of Australia.  To this end Canning employed local Aborigines to act as guides, sometimes forcibly, to identify waterholes.

Despite the huge effort to build and maintain what was intended to be a busy cattle-droving corridor, the stock route was seldom used and quickly  fell into disrepair.  To-day tourists in their four wheel drives are challenged to drive this stock route. 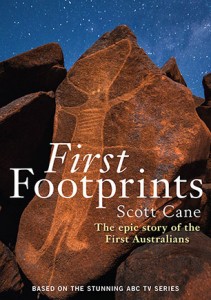 Jock’s inspiration for his presentation was a book written by Scott Cane and seventy four thousand years ago, Mt Toba in Indonesia erupted spewing out thousands of cubic kilometres of ash into outer space and in some places the ash was three metres deep. Of course the inhabitants of the island were unable to stay because of the eruption, therefore Aboriginal history in Australia begins with the arrival of the Aboriginals to Australia when Indonesia and Papua were joined by a land bridge during the last ice age and that they either walked across the land bridge or came in small boats.

The historical evidence of Aboriginal people shows that they are one of the oldest continual civilizations in the world.  Remains have also been found dating back over 40,000 years ago, such a Mungo Man.  It was about forty years ago that a geologist revealed a set of bones at Lake Mungo that would prove what Aboriginal people have said for thousands of years that they had been on the Australian continent for an incredible length of time.

Further archaeological finds at Lake Mungo point to human occupation of the area as far back as 50,000 years ago, making it one of the world’s most important archaeological sites for understanding human evolution and prehistory.  The remains of “Mungo Lady” and “Mungo Man” were found at Lake Mungo and the bones are notable as evidence of the world’s oldest cremation.  They are some of the oldest bones discovered outside of Africa.

Lake Mungo was once an Aboriginal paradise with easy hunting and abundant resources.  These early humans shared the land with jumbo sized kangaroos, mammoth wombats and huge emus.

In Western Australia we have Devils Lair at Margaret River as well as Rottnest  Island where remains of early Aboriginal history has been found.  The Aboriginals were not Neanderthals but DNA testing has confirmed that they are related to our northern neighbours and west to India.

Thank you Hep and Jock for very informative presentations.