On Thursday 30 July, a good representation of happy booklovers met to talk over the books we have read and enjoyed.

We started with author Emma Chapman’s first book, “How to be a Good Wife”.  The book could be described as a thriller and a page turner from beginning to end.  Dealing with mental illness, post-traumatic stress disorder, the plot does not seem to fit the title.  We look forward to further books from this author, who now lives in Perth. 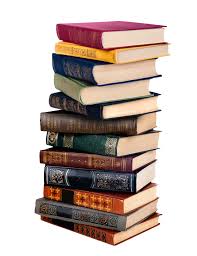 We then heard about “The Narrow Road to the Deep North”, a Booker Prize winner, by Richard Flannigan, who comes from Tasmania.  This was also a Second World War novel, telling the experiences of a surgeon on the Burma Railway.  We learned about the difference between the Japanese and Australian and British attitudes, perhaps explaining the Japanese brutality.

This was followed by “Only time Will Tell” by Jeffrey Archer, the story of two young men and the Clifton family, set in Bristol and contrasting their lives.  Set between the World Wars; it tells of the differences between the upper and lower classes during this time, with family secrets not revealed until the last page.

Then the writing styles of Scott Fitzgerald’s poetic “The Great Gatsby” and Hemingway’s prosaic “The Old Man and the Sea” were compared and contrasted, demonstrating the excellent language skills of both authors.

Now we go 30,000 years back in time to “The Valley of the Horses” by Jean Auel.  This is a fascinating story of a Cro-Magnon girl and the Neanderthal family who cared for her and brought her up as their own, after she was separated from her natural family, and how she set off to find her own people.  Leaves us wanting more from this amazing author

We examined the premise “The strength of a novel is in the first paragraph” with examples from “Kidnapped” by Robert Louis Stephenson, “Moby Dick”, by Herman Melville and “Pride and Prejudice”, by Jane Austen, all fine examples of how to draw your readers into a story.

Harper Lee’s “other” book, “Go Tell the Watchman” tells the story of characters in the first book, now grown up, but suffers in comparison with her best seller, “To Kill a Mockingbird” and was not recommended.

Louis de Bernieres heard about “Red Dog” in 1998 at a Literary Festival in Perth, went to Karratha and researched the story, which developed into the interesting little book, “The Life of Red Dog”, later made into a film.  The author seems to write about odd characters in society, e.g. “Not Withstanding” and “The Troublesome Offspring of Cardinal Guzman”.

“In Love and War”, Liz Byrski tells a remarkable and moving story about WW2 burns patients who were given a new lease of life through the energy and hard work of Doctor McIndoe and his team of specialists and nurses in a Sussex village.  An excellent book, well written and easy to read, yet disturbing in the expectations put on the nursing staff.

Next month we will contrast and compare the novel, “Dinner at the Homesick Restaurant” by Anne Tyler, with any other book of our choice.