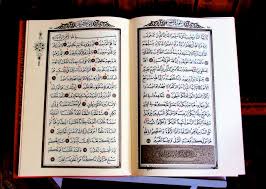 John did much research and prepared a well organized presentation on the similarities and differences between the sacred texts of both Christian and Muslim traditions. Along with Judaism, all three monotheistic religions share a common history going back to the time of Abraham.

John explained the geographic locations that in context to the rest of the world are a relatively small area. The people were nomadic and tribal and sought meaning to life’s questions through religious and metaphysical experience.

The Hebrew records date back some centuries before the Common Era and later records of the Old Testament date from around 800 years before and up to the time of Christ. The New Testament records commenced seventy to a hundred years after Christ and the Koran came through the prophet Muhammad a little over 600 years after the Common Era. All are a record of their people and God’s dealings with them and while doctrines may vary, there is some commonality in each. The Abrahamic religions are collectively referred to ‘people of the book.’

Undoubtedly these records have had an influence of spiritual, cultural and historical significance to humankind that has spread further than their original geographic locations. 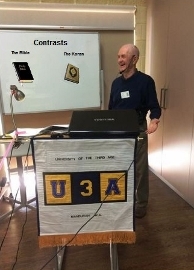