A serial killer was on the loose in the Whitechapel locality of East End of London in the 1880s; nicknamed Jack the Ripper. His targets were prostitutes and there were similarities in most of the murders. The police identified a number of suspects but no one was ever tried or convicted for the murders. 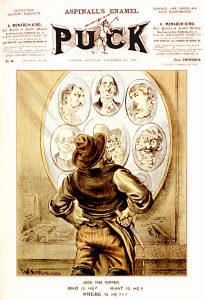 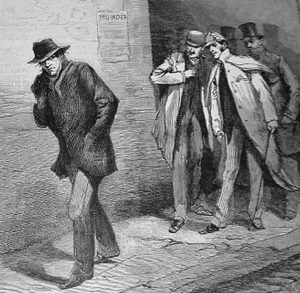 Walter Sickert was a British Impressionist artist of the same period. He was a leader of the East London Impressionist artists and together with others put on exhibitions. Sickert seems to have been fascinated by the murders and produced paintings on that topic; ‘Jack the Ripper’s Bedroom’, 1907 and ‘Camden Town Murder’, 1908.

Patricia Cornwell, the successful American novelist, who was born after Walter Sickert died was suspicious of Sickert and researched his life trying to find links to the murders. She became certain that he was Jack the Ripper and wrote two books which more or less concluded that he was the Ripper. The books, ‘The Portrait of a Killer’ and ‘Ripper’, became best sellers and made her a lot of money.

Her main evidence was that Sickert had a history of consorting with prostitutes and that his paintings were ‘gruesome’. She was reported to have cut up one of his paintings in a search for DNA that could prove her point but it appears that it was unsuccessful. Other authors have also written about Jack the Ripper but no one is wiser about his identity. 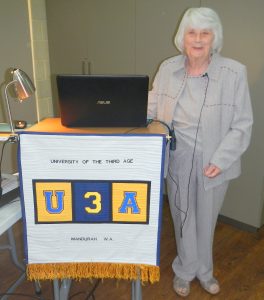