We were in Rio de Janeiro 6 weeks post-Olympic games 2016.

The presentation looked at Rio de Janeiro, which is a huge seaside city in Brazil, famed for its Copacabana and Ipanema beaches, 38m Christ the Redeemer statue atop Mount Corcovado and for Sugarloaf Mountain, a granite peak with cable cars to its summit. 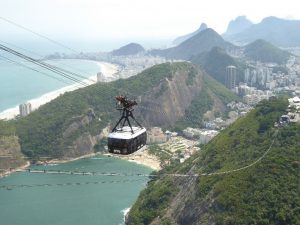 They are part of the border with Argentina. Together, they make up the largest waterfall system in the world.  Final thing in Brazil was a visit to The Parque das Aves, a rescue centre for birds and some snakes that had been mistreated. It included massive walk through aviaries with Toucans and McCaw’s flying around and at times, swooping one as one walked through. 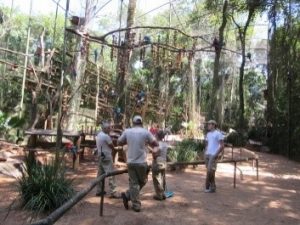 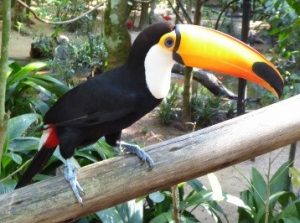 Then a public bus was caught to leave Brazil to take us to the town Puerto Iguazu in Argentina, where a day was spent exploring the Argentinian side of the falls. 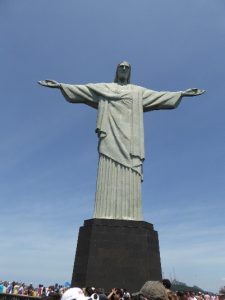