Peter received a good attendance for his talk on Winston Churchill. The talk focused on the years between the Anglo-Boer War and 1930. Winston had made a name for himself during the Anglo-Boer War with his capture and subsequent escape from captivity. On returning to England he stood for Parliament and was elected as the Conservative member for Oldham. He later changed allegiance and joined the Liberal Party. From 1905 to 1908 he held the position of the Undersecretary of State for the Colonies. Also, in 1908 he married Clementine Hozier.

His next significant position was that of First Lord of the Admiralty; 1911 to 1915. During that time he helped build the Royal Navy into a powerful force. In 1915, he along with Lord Kitchener was instrumental in initiating the disastrous Dardanelles Campaign, which saw him sidelined to a relatively insignificant position of the Chancellor of the Dutchy of Lancaster. Seeing the need to re-establish himself as a man of action he resigned his parliamentary seat and returned to the military. In that role he, as a Lieutenant Colonel, saw action in France during the First World War.

Towards the end of the war, 1917 – 1919, he was re-elected to parliament and was given the position of Minister of Munitions. Between 1919 and 1921 he became the Secretary of State for War and Air. His next position was that of Colonial Secretary, 1921 -22. Around that time he bought Chartwell Manor which became his home for the remainder of his life. 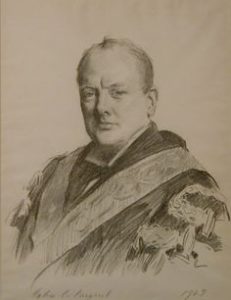 Churchill as Chancellor of the Exchequer

In 1924 he re-joined the Conservative Party where he was Chancellor of the Exchequer from 1924 to 1929. This was a position that his father, Lord Randolph Churchill had previously held. In 1930 he wrote an early autobiographical account titled; My Early Life. 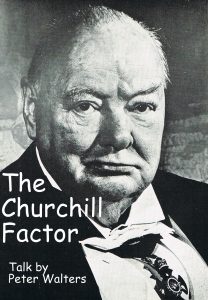