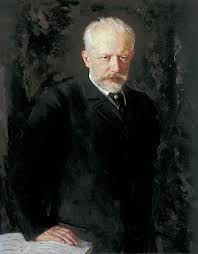 Pyotr Tchaikovsky was a Russian composer of the Romantic period who was born in May 1840 and died in November 1893. He was the first Russian composer whose music made a lasting impression internationally. He also appeared as a guest conductor in Europe and the United States. Emperor Alexander 3rd of Russia awarded him a lifetime pension of 3,000 roubles

He was originally educated for a career in the public service but he took the opportunity to study music at the St. Petersburg Conservatory from which he graduated in 1865. He set out to reconcile the native Russian musical practices with the Western European styles. This was no easy task as the two musical systems were based on different principles. A patron Nadezhda von Meck supported him for 11 years, though they never met. Excerpts from many of his compositions were played during the talk including from Romeo & Juliet, Piano Concerto No 1, Swan Lake, Eugene Onegin, Tsarina’s Slippers, Capriccio Italien and Nutcracker.

Peter’s life was stressed by personal crises and depression. Early separation from his mother and her death may have been the cause. Other factors may have been his homosexuality and the failure of a few long standing relationships. His rather sudden death at the age of 53 was recorded as owing to cholera but may also have been suicide. The presentation started and ended with versions of 1812 Overture.