Carol spoke about travelling independently through southern Laos and Cambodia, outlining the joys and trials of using public transport, including a memorable overnight sleeper-bus journey. Also describing places they visited, many of them off the normal tourist routes.

Their trip started in Vientiane, the capital of Laos, travelling down to Pakse in the south of the country. There they visited the ruins of Wat Phu near Champasak (a Khmer temple linked by an ancient road to Angkor Wat 200km away). This required some negotiations with a local boat owner to take them 30km down the Mekong River to Champasak, and a hiring of a tuk tuk for the last 10km.

Travelling around the 4000 Islands near the Cambodian border involved many trips in small boats. There they visited the impressive Khone Phapheng rapids, as well as the endangered Irrawaddy dolphins.

Crossing over into Cambodia they explored the towns of Kratie, Sihanoukville and Koh Rong Island, Kampot and Kep (famous for its seafood and salt and pepper production).

Siem Reap and the famous Angkor with its hundreds of ruined temples saw them well and truly back in tourist areas.

A nearby landmine museum was fascinating, and Carol reported on the HeroRats, African Giant Pouched Rats, that a Belgium/Tanzanian organization APOPO has trained to sniff out the TNT in landmines. These have been used in countries in Africa, and since 2016 in Cambodia as well. In Africa they are now also using them to sniff TB samples and identify positive ones with great success. 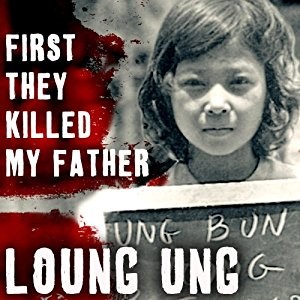 Bob dealt with America’s ill-fated involvement in Cambodia, leading to the rise of Pol Pot and the Khmer Rouge. How the genocide by the Khmer Rouge is still being felt today.

He spoke about his three ‘local heroes’: Luang Ung, Scott Neeson and Somaly Mam and their respective “good works” in Cambodia.

Then it was up to Battambang and a ride on the “Bamboo Railway”. 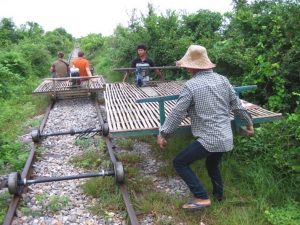 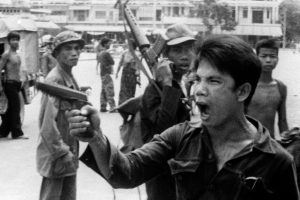