Members were treated to a double dose  of learning, in the life of Charles Dickens and the emergence of the English language on Thursday 22nd February 2018.

Liz Whichello entranced her audience with her account of the town of Rochester with its many buildings pertinent to the life of Charles Dickens.  Of great interest was her personal experience of being a pupil at school, at Gad’s Hill Place, Higham (just outside Rochester) in the very house in which Dickens had lived and had written his famous novels.   This contains many items that Liz remembered from her childhood, such as his writing desk and the door made to look like a library of books. 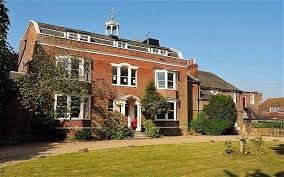 There is a museum to Dickens in the Rochester Guildhall, and the Rochester Museum is housed in Eastgate House, which featured in several Dickens’ novels. 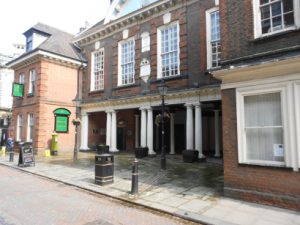 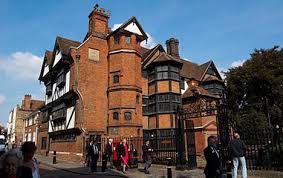 Her presentation was enhanced by many Dickensian readings given in sonorous tones by David Smeeton.

During the second half of the afternoon, David took members through the emergence of the English language with its many influences.   These included Romans, Angles, Saxons, Normans and Germanic tribes, plus the workaday language of the peasants in England.   He then informed us of the many words which had been coined by well-known authors such as Chaucer, Shakespeare, Sir Frances Drake, Sir Walter Scott, Jane Austen and, of course, Charles Dickens.  One of the salient points David made was that once words and phrases had been written down, they were more likely to endure in everyday language.  Indeed many of the examples he showed us are still in common use today.

Both sessions were much enjoyed and members went away talking to each other about the life of Dickens and the heaps of words he had bequeathed to us. 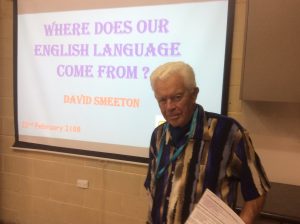