Tuesday 20 February saw a good audience again watching and listening to a series of film clips presented by Hep Powell, assisted by his friend and co-producer, Ted Irvine.

We saw five clips; in Pride and Prejudice, from the 1995 version with Jennifer Ehle and Colin Firth,  the clips were well chosen to illustrate the difference expressions on Elizabeth’s face as she goes from disliking Darcy to realising she is in love with him.

The scene in From Here to Eternity (1953) showed us how the portrayal of “sex” scenes in films has changed over the years! We saw excellent acting in the iconic Australian drama, The Castle, especially from Charles Tingwell.

Tiriel Mora, Michael Caton and Charles Tingwell in The Castle

Next Elton John accompanied himself singing Candle in the Wind for the funeral of Diana, Princess of Wales.   And we finished with the stirring finale to Les Misérables, recorded in the Royal Albert Hall, in London.

Altogether an excellent series of clips that left us wanting more. 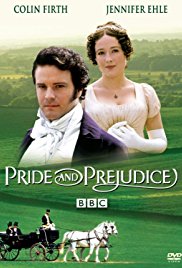