Travel Antarctica: “One cannot be angry when one looks at a penguin” – Ruskin.

Liz presented an illustrated talk on a trip to the Antarctic Peninsula on the ship World Discoverer in 1990. On the way the ship stopped at Cape Horn before turning south towards South Shetland, Graham Land and Palmer Land. Liz gave us a basic outline of Antarctic politics and described the interests of several countries that have bases there. There are approximately seventy bases in Antarctica.

Liz described seeing many animal species at close quarters including: 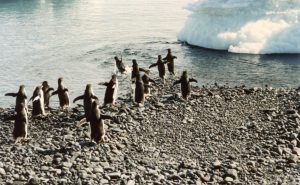 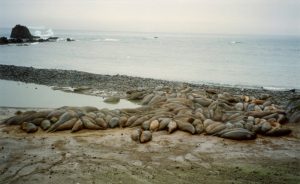