Valerie Taylor presented an excellent talk on the Magna Carta with a few twists in the tail.

In the year 1215 the barons of England prepared the Magna Carta for King Henry to attach his seal to. The document written in Latin on vellum contained a large number of clauses that were intended to curb most of the king’s excesses and to set out a rule of law in England. The site of the original sealing was Runnymede near London. One of the best known clauses was the one that provided a right to justice and fair trial to all citizens. 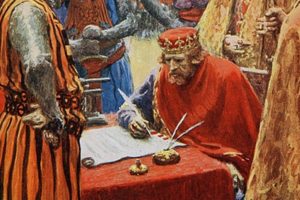 Over the years hand written copies of Magna Carta were made and distributed to most Counties. By the 1950s only four known copies remained. One was held by King’s School in Somerset. Being short of funds they decided to sell the Magna Carta to the highest bidder. It was bought by the Australian Government for 12,500 pounds, preserved by CSIRO scientists in a sealed container and can be viewed at the Houses of Parliament in Canberra. 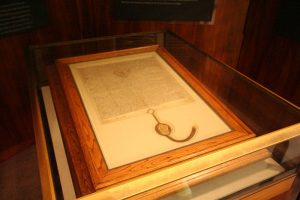 The Magna Carta in Canberra

Another original copy was bought by an America billionaire, David Rubenstein for $23 million and is available for viewing in a gallery in the United States. Another billionaire, Bill Gates bought Leonardo da Vinci’s Codex Leicester in 1994 for $ 30 million. Today its value is estimated to be $52 million. The Magna Carta is therefore the second most valuable document in the world. 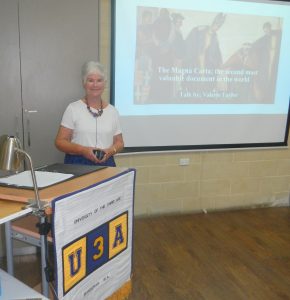