Today John Pratt treated us to a history of the Australian Labor Party, from its’ origins at Settlement, through the Eureka Rebellion of 1854 against the mining licences, to the present day – with the landslide victory of the ALP in Western Australia on 11 March this year!

One question that most people were interested in was “why and when did the spelling of Labor in the name drop the U?”  This apparently occurred about 1912 for reasons never made clear.

John led us through the various highlights of the Labour movement in Australia; the effect in Australia of the Combination Acts in Britain of 1799-1800 that prohibited trade unions or any combination of workmen; the 1804 Castle Hill Uprising of convicts which was known as the Australian Vinegar Hill after the Battle of Vinegar Hill, in County Wexford, Ireland, that took place in 1798. This was probably the first such uprising in Australia, and is commemorated with a stone plaque in Sydney. 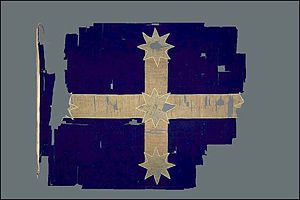 Of course the Eureka Rebellion was mentioned and the Eureka Flag that is still the symbol of trade unions today.  And we heard about the 1891 Shearers’ Strike, one of Australia’s earliest industrial disputes, between unionists and non-unionists, the latter mostly New Zealanders.  The Tree of Knowledge in Barcaldine commemorating the strike has been poisoned (!) and there is now a marker at that site. 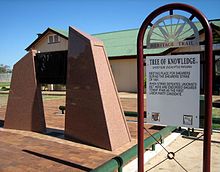 The first colonial labour government in Australia was that in Queensland in 1899.

After the tea break we moved on to the 20th century Labour or Labor Party, its various manifestations, and the impact of the DLP on the fortunes of the ALP.
James Scullin was the Labor Prime Minister who insisted to Britain that Australia would decide on her own Governor-General, and the first Australian-born Governor-General was Isaac Isaacs who held the office from 1931 – 1936.  (See side-bar.)

After Prime Minister John Curtin died just before the end of WWII, it was the next Prime Minister, Ben Chifley, who coined the phrase “The Light on the Hill” which is still heard today as the objective of the ALP.

We saw several YouTube clips, including Paul Keating’s Redfern Speech, Gough Whitlam “Its time” and then “Well may we say God Save the Queen because nothing will save the Governor General”, and Kevin Rudd saying “Sorry”.

An excellent and informative presentation 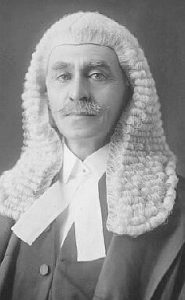