Jim had a full house of members and guests as usual for his presentation of world leaders and their medical and mental problems.

He had chosen four leaders, namely, Winston Churchill,  John F Kennedy, Napoleon Bonaparte and Lord Melbourne to consider the question, ” Were they fit to lead?” 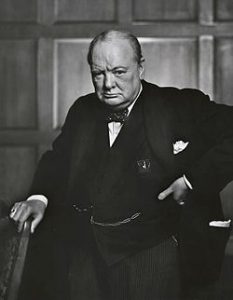 Tackling Churchill first,  Jim spoke about his difficulty in making meaningful attachments and his recurring depressions, which he named his ‘black dog’. He spoke about Churchill’s doctor, Lord Moran who wrote a book after Churchill’s death entitled, The Anatomy of Courage.  Churchill suffered many illnesses including paratyphoid fever, many bouts of pneumonia, appendicitis, hernia, minor strokes and chest pains. At the end of the Second World War when Clement Atlee came to power, Churchill’s abilities diminished and he tired easily.  However the most serious  affliction as he grew older was his deterioration of body and mind once he had left parliament. He lived to the age of 90 dying in 1965.  Was he fit to lead with all his afflictions?  Dr Jim thinks Yes.

In considering J F Kennedy, he had serious back problems with considerable pain and steel plates inserted. He also had banded corsets to help stabilise his vertebrae. Further, he suffered from Addison’s disease, a partial adrenal deficiency for which the treatment was cortisone tablets which further weakened his back. So his whole life was dominated by pain, but Dr Jim felt, he was definitely fit to lead during his three years as President of the United States until his assassination in 1963. 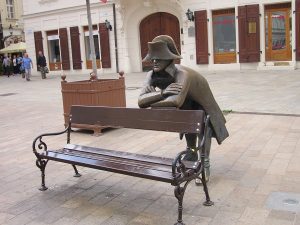 Statue of Napoleon in Bratislava

The third leader described was Napoleon, who was dubbed the little corporal as he was merely 5ft 6ins tall. Nevertheless he always led from the front, was frequently wounded and suffered bouts of malaria, insomnia and painful strangulated prolapsed piles. He was crowned Emperor in 1804, suffered a major defeat in 1812 in his Moscow campaign. In 1814 he abdicated  to Elba, but returned briefly to power to be defeated at Waterloo in 1815.  Was he fit to lead with all his health problems and pain? Dr Jim considered he was.

The fourth Leader was Lord Melbourne, born William Lamb, who became Prime Minister of Britain during the time of the young Queen Victoria in the 1830s and 1840s.  However he was a philanderer and married a similarly indulgent wife in Caroline Ponsonby. The indiscriminate bedroom antics did not behove a head of state and this unbridled sexual behaviour became somewhat of a scandal.    He also suffered from  depression.   Was he fit to lead?  Probably not, with such a dissolute way of life in a responsible position in one of the great colonial powers of the day.

Dr Jim, you certainly gave us a lot to think about. Thank you. 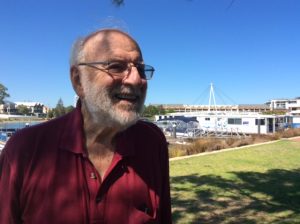