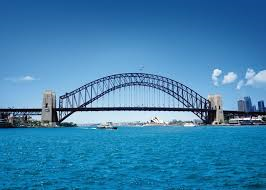 Members and guests were treated to a rare double at Mandurah U3A today. Christine and Graham Parker, visitors from Oberon and Cowra U3A presented a power point on bridges and engineers with the main feature being the Sydney Harbour Bridge.  it’s designer, John Bradfield,  was the great grand father of Holly, Graham and Christine’s granddaughter, Holly.  Holly, as an 8 year old, cut the ribbon to celebrate the 75th anniversary of the bridge opening.    Christine made a valid point that in the 19th and early 20th centuries, infrastructure had aesthetics in mind as well as function. She also stressed the ingenuity and diversity of engineering projects, from dams and tunnels, to harbours, bridges and ships.

The second part of the program featured scientific expeditions to aboriginal rock art sites in Australia, where rock carvings and ochre paintings were located, photographed, recorded and preserved, by expeditions led by Dr Jo Flood.

NAKED BY THE STANDPIPE.

A co-incidence.   Our U3A member, Chris Baker participated in one of those expeditions in 1981, with Graham Parker.  In hot and trying conditions,  the girls got fed up of waiting their turn for a shower at the only standpipe and simply stripped off and joined the men – stark naked. 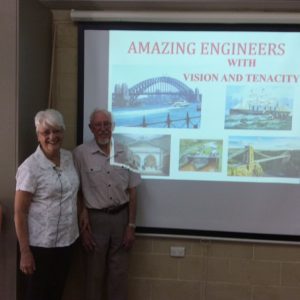 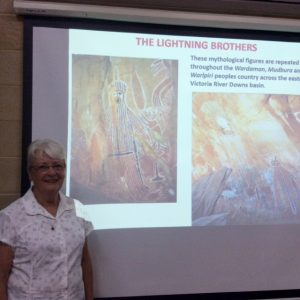