The Battle of Bosworth Field – A Turning Point in English History 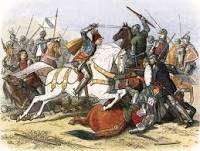 The Battle of Bosworth Field

Jim Barns delighted a full house of members and guests with his stirring account of the Battle of Bosworth Field in 1485. Richard III was killed during the battle, and the Lancastrian Henry Tudor became Henry VII and established the Tudor dynasty. Cleverly he married Elizabeth of York to unite the warring families and adopted the Tudor Rose conjoining the White Rose of York and the Red Rose of Lancaster. The Tudor period ushered in a period of relative peace and stability for England, with many significant institutions founded, such as Kings College Cambridge, the Stock Exchange, the Royal Navy and of course, the Church of England.

To assist Jim with his presentation, Dr Jim Leavesley talked about the schizophrenia which afflicted Henry VI. June Barns read the momentous speech by Elizabeth I telling her subjects she had the body of a woman but the heart of a king. David Smeeton recited the St Crispin Day speech before Agincourt and the monologue from Richard III where his villainous character is revealed. Christine Norman related her experiences at Christ’s Hospital School which was established by King Edward VI.

We all look forward to the next episode, “The Stuarts”, in March. 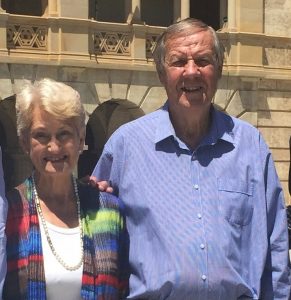