A packed room of members and guests were treated to the delight of looking back 7 to 10 thousand years when the World’s first cities were built and inhabited.

Sheila spent the first half showing where ancient cities had been built and why they had mostly been abandoned. Causes such as flooding or rivers changing course, made living untenable.  Climate change or earthquakes and tsunamis were other reasons for cities to fail. Some were destroyed by invasion.

This look at ancient cities took us around the World from China to Middle America and the Indus Valley, where slow moving permanent rivers provided ideal conditions for irrigated farming, with flat land for housing and public buildings. The talk showed us what a legacy we have gained from those historic settlements such as living together, creating laws, building infrastructure for water supply and waste management. The residents left us written records, plans, art and theatres, tombs and temples, so that we can reconstruct their lives and surroundings. 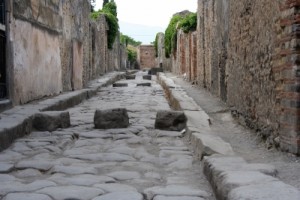 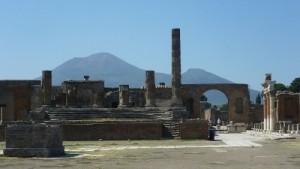 After the break Pat entranced the audience with her account of the destruction and subsequent excavation of the Roman town of Pompeii.
A video depicting the pyroclastic eruption of Vesuvius in 79 AD showed the devastation and the preservation of people and animals just as they had died. She reminded members and guests that this horrendous happening had given us a unique and clear picture of Roman life in the first century AD 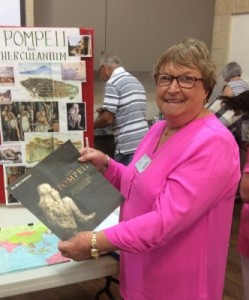