Dr Jim delivered a fascinating talk on the English Stuart Dynasty. His talk focussed more on the personal lives and medical conditions of some of the main players interspersed with humorous anecdotes.

The English Stuart Dynasty commenced with the accession of James 1st of England, 6th of Scotland, to the English throne in 1603. The Stuart Dynasty was probably the most turbulent of all English dynasties and was marked by religious conflicts, evolving changes in the relationship between Monarch and Parliament, execution of a reigning monarch, exile of potential monarchs, a civil war and declaration of a republic. James the 1st lived through the Gunpowder Plot and oversaw the publication of the King James Version of the Bible. He was a noted patron of Shakespeare and twenty of Shakespeare’s plays were written to be performed before him. He was also noted as an author on the subject of Witchcraft. He was also thought to be bi-sexual having a reported male relationship. On his death in 1625 he was succeeded by his son Charles 1st.

Charles 1st reign was noted for his quarrels with Parliament, his belief in the ‘divine right’ of kings to rule by their own conscience and his dissolution of Parliament on a few occasions. After his marriage to Henrietta Bourbon of France, a Catholic, Parliament became suspicious of the possibility of a Catholic heir succeeding to the English throne. This led to his fighting the armies of Scotland and England during which he was defeated. Cromwell tried King Charles for ‘high treason’. He was convicted and executed in 1649. 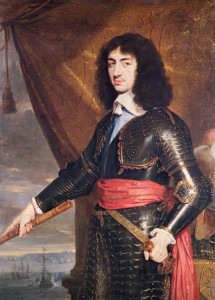 After Cromwell’s death in 1660 Charles 1st son Charles 2nd was invited to return and restore the monarchy. He was known as the ‘merry monarch’ and left the day to day running of the country to Parliament. He preferred a life of hedonistic pleasure. Although he was officially an Anglican he may have been a ‘closet’ Catholic. His wife Catherine of Braganza was Catholic, however, they had no children. Charles was a notable womaniser and had at least twelve illegitimate children. Remarkably he acknowledged all of his children and was generous giving them titles and land (at the expense of the public at large). His death was a rather traumatic affair with up to ten physicians trying to keep him alive. Some of the ‘treatments’ included bleeding, cupping, shaving his head and applying concoctions, dubious enemas of more concoctions. Some people thought he may have been poisoned but this was obviously not supported by his medical staff. On his death in 1685 he was succeeded by his younger brother James 2nd  (James 7th of Scotland). 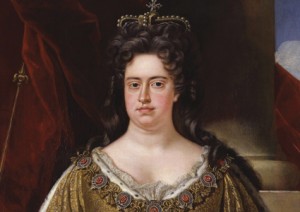 James 2nd of England was Catholic and when he produced a son and heir the Protestant supporters wanted him out. James fled England in 1688 and was held to have abdicated. He was replaced by his Protestant daughter Mary and her husband William of Orange. James tried to reclaim the throne landing in Ireland in 1690 only to be defeated by William at the Battle of the Boyne. After that he returned to France and lived in exile until his death.

When William died in 1702, James 2nd Anglican daughter Anne became monarch. During her reign the Acts of Union were proclaimed, uniting England and Scotland as Great Britain. Anne was plagued by ill health including lameness and obesity. She had 17 pregnancies over a 17 year period but only one child lived until the age of 11 years. Anne was openly bi-sexual having relationships with at least two women. The Stuart Dynasty ended on her death in 1714. 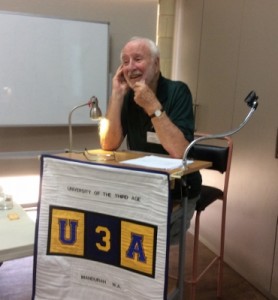