Christine first mentioned the two young lads who are the Young Australians of the
Year for 2016. They set up the Orange Laundry to be used by homeless people, what a wonderful idea.

The first plastic bank notes are an Australian invention as are the photocopier, pre-paid letters sheets, the airmail letter service to London and the pedal wireless. 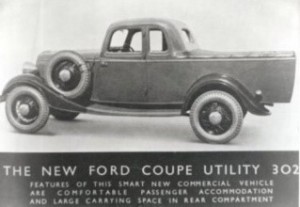 Sutton devised the first telephone, Bell came to see it and the rest is history.

In 2005, Google maps were designed in Sydney. Sold world – wide are our Victa lawn mowers, the Hills Hoist and Heg Pegs.

Speedo swimsuits improved the times of Australian swimmers and were adopted by all racers. Dick Cavill developed the crawl and in 1897, the butterfly stroke was first seen in Sydney. In 1940, zinc cream was used for sun protection and in modern times, Fiona Wood patented spray on skin to cover severe burns.

For our hot climate, James Harrison invented an ice making machine which is still in use today. Shipboard refrigeration meant meat could be exported. The simple Coolgardie Safe, the kerosene refrigerator and of course, the portable Esky have been so welcome. Damper, Weet-bix, Vegemite, a sausage sizzle and a meat pie are our national dishes, all from Australia.

These are only a small number of the 150 items talked about, and they are only half of the inventions and firsts; Christine will continue on 2nd March with many more. 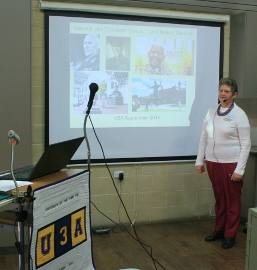