On Wednesday 11 April 2018, members and guests were treated to a double feature when Wilma Mann and Sheila Twine presented “Our two eminent doctors named Fiona”

Wilma began by telling us about Doctor Fiona wood, her remarkable career and how she came to be awarded Australian of The Year and the title Living Legend. Born in a Yorkshire coal mining town, she was studying medicine at a London hospital where she met West Australian Doctor, Tony Keirath. In Perth while raising a family, Fiona practised surgery specialising in treatment of burns patients. With her team she led research into advanced methods of graft and skin repair. Their Burns Unit at RPH came to prominence when Australian victims of the Bali bombing were air lifted home for urgent attention. Doctor Wood believes in the power of education, sport and aiming always to achieve one’s personal best. 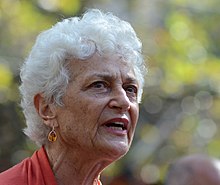 Professor Fiona Stanley in 2017 (from Wikipedia)

After a break for tea and socialising, Sheila presented Professor Fiona Stanley, who came to Perth from Sydney in 1956. She gained her medical degree at UWA then went to practice among people living in remote areas of WA. Working among Aboriginal families she became concerned about their high incidence of pre-term babies. Looking for answers, she travelled to UK and America practicing and researching over a period of six years. Returning to Perth, Fiona involved herself in raising funds for research into various childhood afflictions. Once a year Telethon collects contributions from generous Australians that go to supporting the valuable work done at Princess Margaret Childrens hospital. For her energy and dedication Professor Stanley has been awarded Companion of Australia for Medical Science. 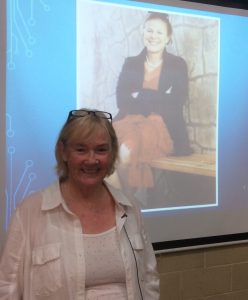 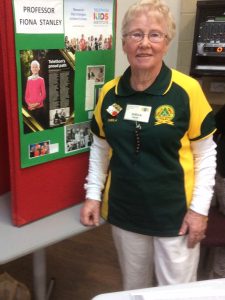