On Wednesday 4 April, we heard another excellent talk from Roy Done, in his series Science: the past, the present and the future; this time the topic was The Ethical Issues.

Roy started with some of the myths. For example, there are still people who believe that the sun goes round the earth; some people are against nuclear power stations because they think that the clouds you see emitted from nuclear power station towers are polluting the environment, whereas it is actually steam from the cooling towers. 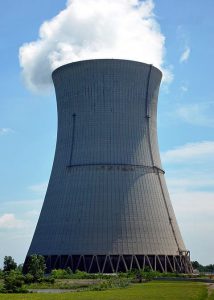 One ethical issue Roy mentioned, as a result of advances in medical technology, is the fact that the gender of a baby can be determined in the womb, and this has resulted in some people terminating the pregnancy if the baby is a girl.

Roy then moved onto privacy issues, which are very much in the news at the moment, such as Facebook sharing your information; Facebook can be a useful platform, but be aware of what it can and does do with the information you post.

Modern mobile phones can track your every movement, even down to which aisle you are in, in the supermarket; this information is used by supermarkets to target your shopping habits.

Ethical issues that have come about due to advances in science and technology, and what we can now achieve, include such questions as: should we put a person on Mars when we don’t know what is there or if there are risks of things such as genetic mutation.

Another issue arises with the DNA matching services offered by companies such as Ancestry.com. DNA testing can show the possibility of the donor developing a serious disease, and if this DNA should be made available, the donor might find themselves refused life insurance or similar restrictions.

There is wearable technological devices now available, such as google glasses and Fitbits – though the latter devices for measuring how many steps you have taken in a given period have a software problem, so that if you shake your arm about it will register steps without you having moved your feet!

All these examples have their advantages but need control, by human beings, in development. 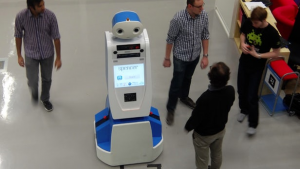 A robot at an airport helping passengers find their gate.  The date is 2015!