On Thursday 25 June,  we talked about Tennessee Williams’ 1947 Pulitzer Prize winning play, “A Streetcar Named Desire”. We each had a copy of the play, from which we read the first several scenes, giving us the feel for the story, getting to know the complex and contradictory characters. 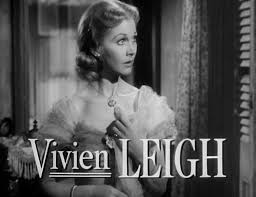 Following the reading, we watched several of the more significant scenes from the film.  It was set in a run-down part of the French Quarter of New Orleans, and demonstrated the powerful writing of the American playwright, Tennessee Williams.

Of the characters, there was Blanche De Bois, an aging southern Belle, played wonderfully by Vivien Leigh. Her sister Stella Kowalski, was played by Kim Hunter, whose character is married to Stanley Kowalski. Stanley’s character is ably demonstrated by Marlon Brando who was virtually unknown at the time of the film’s casting. Then we have Stanley’s friend and poker playing mate Mitch, portrayed by Karl Malden, who touched our sympathy, as we saw how things progressed towards the final tragic scenes.

We began to develop a relationship with these varied people, feeling drawn to some and withdrawing from others, but always interested in how the author was opening up his main themes. The high quality of the writing and the faithful portrayal of the actors, made this play a memorable experience.

In July we will be discussing the Anne Tyler novel, “Dinner at the Homesick Restaurant”.  Anne Tyler is said to be one of America’s most acclaimed novelists, so we should enjoy reading her book and finding out more about the author.