Pam continued with her presentation of Henry Vlll palaces, castles and houses which he inherited in 1509.  Some were already in ruins and others he built himself. 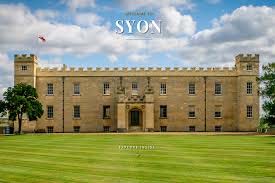 Pam featured on Palace of Westminster, Windsor Castle, Sudeley Castle, Syon House and Hampton Court.  Henry had so many houses that in his thirty eight year reign, he could move from one to another at will, or whenever their living quarters were burned by fire.  Henry had a habit of taking a palace or two from other people, especially Cardinal Wolsey who could not get him a divorce from his first wife Katherine of Aragon.

The old Palace of Westminster was built by Edward the Confessor on the banks of the Thames and with a moat. Edward died there in 1066.  Between 1097 and 1099 the hall of the palace was built by William ll and was originally known as Rufus Hall and used by successive kings as a banqueting hall and for coronations between the thirteenth and nineteenth centuries.  When Henry Vlll became King at aged eighteen, he used the Palace of Westminster as his main residence but unfortunately, three years later fire gutted the residential area.  Wars with France, Spain and Scotland happened and in 1529 Henry abandoned Westminster completely preferring to live at Whitehall Palace.  He was the last monarch to reside at Westminster and this hall is the oldest part still to survive to this day.

When the royals moved out of Westminster, lawyers moved in.  Parliament has convened regularly at Westminster since Henry Vlll.  His various divorces and subsequent changes to the line of succession gave lawyers and politicians at Westminster plenty to do and its role as the centre of law for governance was cemented.

After a terrible fire which was watched by the artist JMW Turner as he painted it in 1834, most of Westminster was burnt down. Some of it was rebuilt and the new building was renamed as the Houses of Parliament.  The building suffered more damage during the German bombing in WWll.

The clock tower housing Big Ben was constructing in 1834 and the first bell was installed in 1858.  The hour hand is nine feet long and the minute hand is fourteen feet long.

Next Pam talked about Hampton Court Castle and Thomas Wolsey, Archbishop of York and Chief Minister who took over Hampton Court Palace in 1514.  Wolsey spent excessively to build the finest palace in England.  To-day, Wolsey’s building remains unchanged, unlike Westminster.  Wolsey’s seal remains visible over the entrance arch of the clock tower which contained his private rooms.  In 1528, knowing that his enemies and the King were plotting his downfall, he passed the palace to the King as a gift.  Wolsey died two years later in 1530.

In 2014, the Cumberland Art Gallery, Hampton Court Palace was opened.  It displays artworks principally from the Royal Collection reflecting the palaces long history as a destination of the works of renowned artists.

To mark the opening, visitors discovered works by Holbein, Van Dyck, Rembrandt, Caravaggio, Bassano, Gainsborough, Landseer and other famous artists such as Canaletto.  We observed many of the above paintings and it is amazing that these eminent works of art are held in the royal collection.

Once again, thank you Pam for a very stimulating presentation.