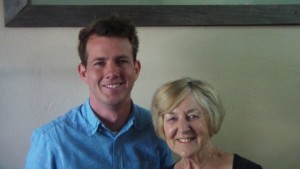 Review written by: Sheila Twine
The History of the Centre.

Over 60  Mandurah U3A members enjoyed a power-point presentation, by Rhys Williams, Chair of the Mandurah Performing Arts Centre Board,  showing the very beginnings of the MPAC, from an overhead photo of the bare site to the finished Centre with all its lights blazing.  Rhys told us that it was opened in 1997 at a cost of $16 million.  This was a far-sighted project for a relatively small local government area with a population of  only 40,000.  Mandurah City still supports the Centre financially.

Audience figures today reveal that 26% of attendants come from the Perth metro area and overall audience figures for 2014 stand at 154,000.  The Centre won the prestigious Drover’s Award in 2013 and were again finalists in 2014.

The aim of MPAC is to engage all sections of society – all ages, all abilities and people from all over the World.  Program range from traditional  and indigenous to  avant-garde  theatre, dance, music and art displays which serve the current population of approximately 94,000.

To assist in funding adventuresome programs, a Patron Program has been established.  Professor Joanne Barker, as an ambassador to the program explained its benefits.   Moneys raised are directed to assisting youth and running workshops for theatre, painting, dance and music.  Funds also help local artists to display their talents and  finally the program assists in bringing top performers to the Centre.  Patrons can enter the program at a level which suits their pockets, starting at only $250. Many benefits accrue to patrons, from sessions to meet artists, to cocktail parties and complimentary theatre tickets.

A Partnership program between MPAC, and Mandurah U3A was touched on and this will be the subject of discussion at our May meetings.

Members showed hearty appreciation of  the presentations and discussion of the patrons programs continued during tea and biscuits after the meeting.   A very positive meeting and thanks to all.