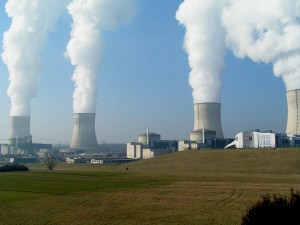 A Nuclear Power plant in France

John started his report with the discovery of radium in the early 20th century, then of nuclear fission in 1930, releasing huge amounts of energy. The Curies shared the Nobel prize for their research in 1938.  Nuclear fission created the bombs which were dropped on Japan to end World War II.

The atomic age heralded atomic power in every aspect of life, but these predictions were not fulfilled because of the cost and horrendous accidents at nuclear reactors. However, many nuclear plants are being built in countries such as Korea, China and USA.

More fatalities and air pollution are caused by coal, petroleum and natural gas than by nuclear reactors but these areas are uninhabitable for very long periods after a malfunction and nuclear power is not getting any cheaper.

There have been 7 major accidents in nuclear reactors. The cheapest sources of energy are wind and solar with no waste to be treated. Maybe new technology will solve the problems but more research is needed.

Australia has large quantities of uranium and South Australia is an exporter but the problem is to find places to store nuclear waste – and that is a very big problem. 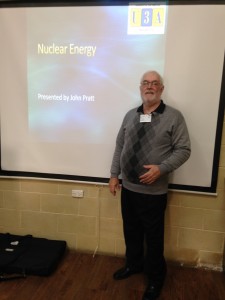