John Pratt intrigued and horrified members and guests with a critical look at the development of Capitalism.  Through the medium of a video presented by American Richard Wolff, members were given information of how capitalism has grown with some devastating results in America and around the World.  The first stage of capitalism saw rising wages because labour was short, then wages growth stagnating and people taking on a second job.    Off-shore cheap labour exacerbated the wage problems and forced an increase in household borrowing levels with easy credit.

Women entered the work force to raise household incomes.  This saw family nurturing diminishing and dysfunctional families increasing. Countries as well as households were now borrowing, with China being the principle lender as well as providing the cheap labour and goods.  (A Catch 22 situation)

The democratic right of citizens extended to politics but not to the workplace, where workers have no say in the running of companies.  Boards and large shareholders are the driving forces and  though Trade Unions were set up to protect workers, the power still rests with those Capitalists who call the shots and reap the profits. 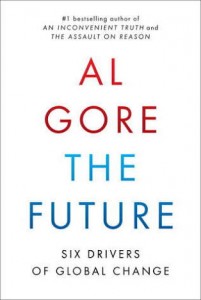 John then followed up with a myriad of points regarding sustainability, global citizenship, and World goals for the future of all peoples on the planet. 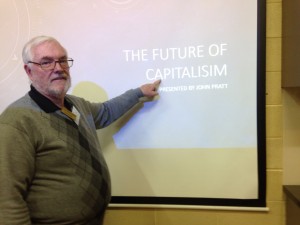